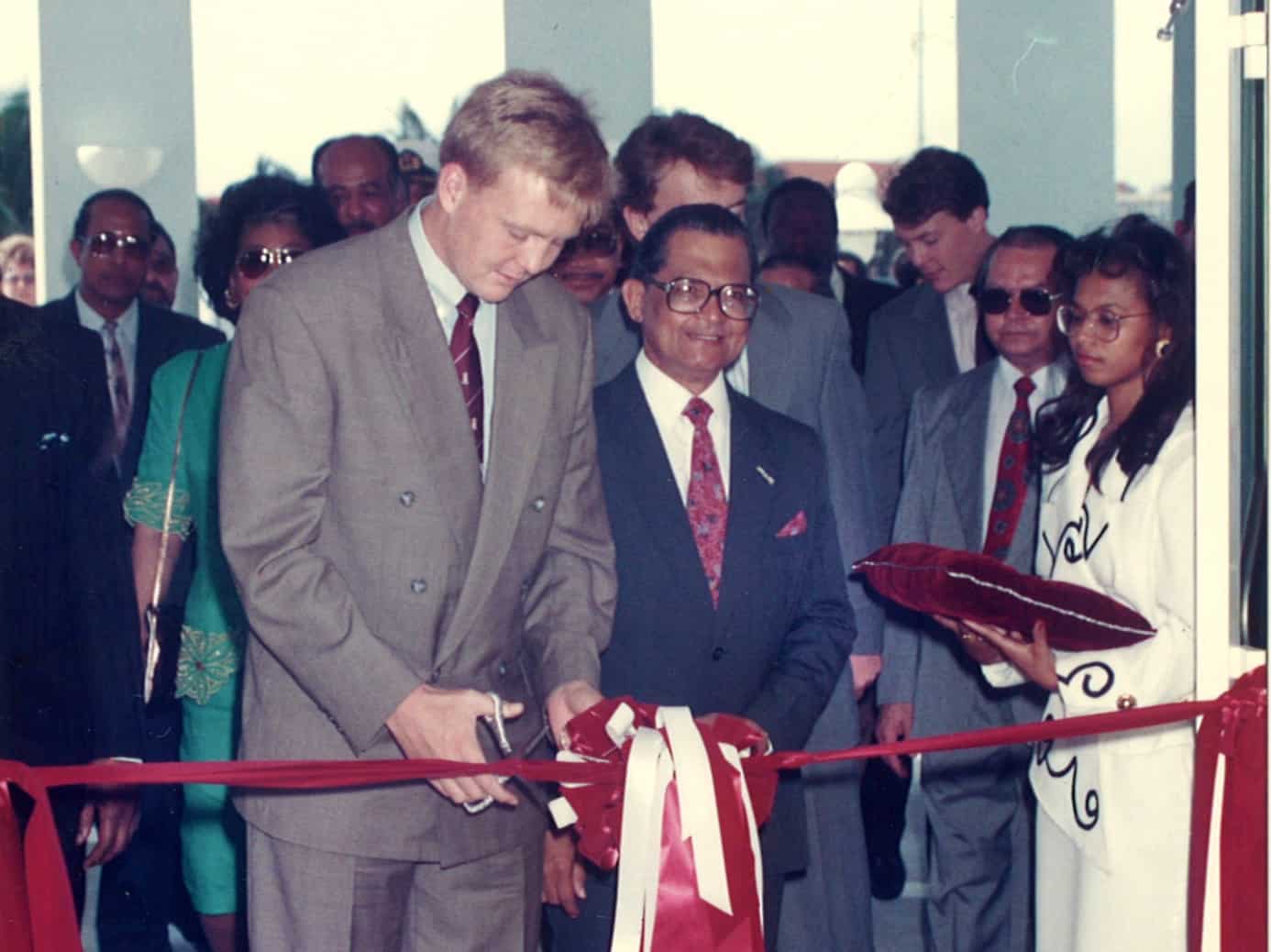 In 1992, Curoil officially opened its new headquarters with a ribbon cutting ceremony by Crown Prince Willem Alexander, then Prince of Orange. The building is located in the historic Scharloo, at the center of Curaçao’s epic architectural landmarks. The new office was designed to be contemporary yet to blend in well with the monuments and historic features in the area, for which Willemstad was awarded the world heritage status in 1997. The office is just outside the inner city of Willemstad and has become a valuable addition to the up and coming monumental commercial district of Curaçao. Today, the Curoil office building hosts numerous events, among which the traditional Christmas tree lighting show on every first Sunday in December.